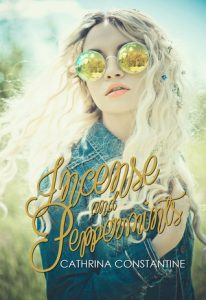 Peace demonstrations, sit-ins, and burning the U.S. flag following the escalation of the Vietnam War are leading to a catalyst known to the world as the Sixties. A musical revolution, flower power, hippies, marijuana, and drugs are carrying the generations—young and old—into a new decade. All the while sixteen-year-old Mary Monroe is caught between being an innocent good girl and an autumn of sex, drugs, and rock ‘n’ roll.

When her brother offers a solution to her dilemma in the form of a little pill, Mary ignores the rumba in her brain and takes a walk on the wild side. Plunged into popularity and a life she’s only imagined, she meets Michael Covington, the hot newcomer, and she’s instantly drawn in by his less than flawless exterior and bad boy sex appeal. Caught up in the danger and excitement as they drift from party to party, into underground fight clubs, and through a series of drug and alcohol fueled adventures. Mary follows her new crush into a world where young girls are never truly safe from the predators lurking in the shadows and where young men are hiding from the harsh reality of war.

Feeling buzzed and as if her life is spinning out of control, Mary is assaulted by an unknown man at a party, and she’s left questioning if the enigmatic Michael is truly her hero or if he is the face behind the terrible attack. With every piece of information Mary learns about Michael, her doubts grow deeper, but with every minute she spends in his presence, so does her love.

With the war and her fear threatening to separate Mary and Michael forever, only the death of a friend, a crushing confession, and her own sensibilities can carry her over the threshold between adolescence and adulthood.

Favorite Words: “I’d been struggling on where my loyalties should lie, and I had plenty of growing up to do, but now I’d depend on my sensible side to weigh my options.”

I liked the book. I just didn’t love it.

I loved the sixties vibe. I loved the songs that were like the soundtrack to the book. I just didn’t feel like the book took me on a journey as a whole. Mary was a typical sixteen year old girl in my point of view. She had a lot of emotions and angst. She was trying to fit in with the crowd but not entirely sure what crowd she fit into. And then there was Michael who was the older guy, the popular guy at school, who was rough around the edges.

The only thing that annoyed me about their relationship (could you call it a relationship?), was that they were so back and forth all the time. I know that teenagers can be fickle creatures but seriously I wanted to scream, MAKE UP YOUR MIND!

The other characters in the book: Mary’s brother, her girl friends, and the other boys, were a mixed bag of egocentric teens, wannabes, druggies, and smarties. I just couldn’t like any of them.

There was also no closure when it came to the end of the story. I expected to go on this journey through the sixties but just felt a little “eh” in the end. It had some good points thrown in but nothing that left a lasting impression.

One Reply to “Book Review: Incense and Peppermints by Cathrina Constantine”