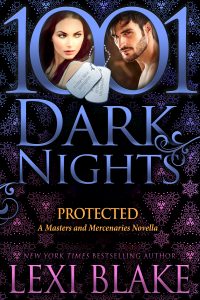 Their first chance at love ended in heartbreak

Wade Rycroft fell in love with Geneva Harris when she was the smartest girl in his class. The rodeo star and the shy academic made for an odd pair, but their chemistry was undeniable. They made plans to get married after high school. Those plans changed when Genny broke his heart. Joining the Army gave him a chance to leave that life behind. News that Genny married the town’s golden boy let Wade know that he could never go home again.

Fifteen years later, he’s found his place in the world and tried to forget the woman who left him standing in the rain. After leaving the Army he forged a new life as a bodyguard at McKay-Taggart, but he still feels incomplete. When his brother’s wedding brings him home to Broken Bend, Texas, he walks into a storm of scandal. Genny’s marriage has dissolved, the town has turned against her, and someone is making threats. Seeing her again reawakens feelings he thought were long gone, and he worries that staying close enough to help her could be too much to bear.

After an attempt is made on Genny’s life, Wade can’t refuse to help her. Watching over her day and night, it’s clear that having her back in his life could be the thing to finally make him whole. When the danger follows them back to Dallas, their second chance at love could be over before it even begins. Lexi Blake has made me fall in love with yet another man in her Masters & Mercenaries Series. Wade and Genny were high school sweethearts that fell into family drama. Wade left for basic training and Wade’s mother took advantage by having Genny marry a jerk, instead of her son. It was an emotionally story for me because it reminded me of how desperate times can cause families to hurt each other. I felt for Genny and her son Ash and I was so grateful that Wade was there to help.

One of my favorite parts of Wade and Genny’s love story was how he wanted to earn back her love and trust. After all that happened, there was still this love that was between them. Wade wanted Ash to be his son and to have them be his family. There is nothing better than a romantic hero who wants to make a family out of his love’s children.

This novella is a quick read with some amazing romantic suspense. It is perfect for those end of summer beach trips.

One Reply to “Book Review: Protected by Lexi Blake”