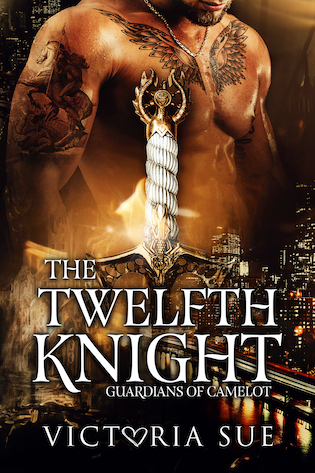 To battle an ancient evil the only weapon each hero will have is each other.

Hundreds of years ago, facing defeat, Morgana sent monsters into the future to vanquish a humanity King Arthur wouldn’t be able to save. The King might have won the battle, but now, centuries later, a few chosen men will have to fight the war.

Merlin always hated being named after some mythological wizard. His dad had been obsessed with the magic man of King Arthur’s Court before his untimely death – a loss that had sent Merlin reeling in a downward spiral. Now 23, and going simply by ‘Mel’ (thank-you-very-much), Merlin is ill-prepared (to say the least) for the outrageous claims of a proper English knight bent on overcoming evil.

Born a commoner, Lancelot was never supposed to be a knight in his own time, never mind now, in a modern world he is so woefully untrained to protect. Thrown into a battle centuries in the making, this flawed hero, and a young man too-used to battling monsters of the present day, will have to come together to save humanity.

Mel leaned his back on the door as it clicked shut with finality. Okay, so if he’d just let a serial rapist or murderer into his apartment, he’d be really annoyed. The being dead part would take care of that though, he supposed, and he tried not to roll his eyes. The fact that the guy was insanely hot hadn’t escaped his notice either, although with Mel’s track record that probably meant he was best buds with Ted Bundy.

Liar. Although the shitty record with men was right but not, he thought, the question over Lance’s integrity. There had been something inherently right about the man which drew Mel in like a moth to a flame. Unresolved hero issues. As in he was still dreaming some crusader—caped or otherwise—was going to rescue him. All it probably went to prove was that he was a bad judge of character. Mel rubbed his eyes with resignation. It had been a crappy day on top of a crappy week. The funeral where he had been one of only three people there, and the pathetic small bag which was what all the home had given him belonging to his gran. And then tonight it had nearly been his own.

The small window Lance wandered over to gave a clear view of the street and his SUV, so he would know Mel had been watching him. Lance turned and studied him, equally silent. Mel flushed a little at his calm, unhurried gaze. His eyes traveled from his cheap sneakers up his too-skinny, too-short legs.

Mel wanted to fidget. He really should move, say something—say anything—but the gray eyes that had studied him so closely had now arrived at his face. Pinned him still. He’d always wondered where the stupid saying about deer and headlights came from. Now he knew, because he felt like he was about to get run over by a truck.

In the alley he’d felt the same, although maybe that had been simply relief at being saved. Because obviously “not dying” was a big thing. Whatever hero complex Lance had going on, it seemed to be working for him anyway. He supposed offering a cup of tea was the least he could do, and for a second he regretted Lance turning down the blow job.

“Don’t like tea?” Lance had put the cup untouched on the kitchen counter. Mel wanted to kick himself at the random question and followed Lance’s gaze. Mel looked critically around the small space and not for the first time acknowledged it was crap. He didn’t see any cockroaches though. There’d been three when he woke up this afternoon. So, there was that. Mel studied Lance for a brief moment as he stood at the window near the kitchenette. Although kitchenette was a very optimistic word for the white piece of laminated something he’d found outside by the dumpsters that he currently had balanced on a few pallets. It had nearly killed him to get up the four flights of stairs, but the sink worked okay, so he couldn’t complain. The electricity did too whenever he had cash for the meter. The plumbing was often questionable, but not a health hazard.

Lance was looking around the small space as well. Maybe that was why he wasn’t drinking the tea. Maybe he was frightened he’d catch something.

“So why are you here?” Mel asked after another ten seconds’ scrutiny.

Lance stared at him. “We need to talk.”

If it had been remotely funny, Mel would have laughed. Five minutes in his apartment and he was breaking up with him already? “Tell me why you go around fighting monsters in alleyways?”

Lance tilted his lips upward in a small smile. “I don’t just fight them in alleyways.”

Mel sighed and rubbed his forehead. He could feel the headache starting behind his eyes. “I mean—”

“Can we just get this over with? I’m sure no explanation could be worse than me thinking I’m actually certifiable.”

“One you don’t want to tell or one you’re about to invent?”

Lance scowled. “I do not tell untruths.”

Mel lifted his brows like sure. “Thief?” And what was with the weird speech? Untruths?

Mel clicked his fingers. Of course. “You’re a Brit, huh?” Made sense. He spoke like that royal. Although he preferred the younger one, and it was a damn shame he’d gotten married. Every fantasy he had ever needed to keep him warm generally involved a prince. 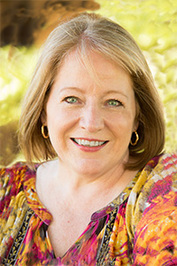 Victoria Sue fell in love with love stories as a child when she would hide away with her mom’s library books and dream of the dashing hero coming to rescue her from math homework. She never mastered math but never stopped loving her heroes and decided to give them the happy ever afters they fight so hard for.

She loves reading and writing about gorgeous boys loving each other the best—and creating a family for them to adore. Thrilled to hear from her readers, she can be found most days lurking on Facebook where she doesn’t need factor 1000 sun-cream to hide her freckles.

Arthurian legends have always been a love of mine. I’ve always been team Lancelot if I’m being honest. That’s why I think I adored Lance’s character in The Twelfth Knight. He has so many feelings moving through him that he’s struggling to understand.

Mel’s character I think was the perfect balance for Lance. He was the type who wore his heart on his sleeve and was a bit more sensitive. Lance needed to see that he didn’t need to be in stoic, knight mode all the time. It was important for him to learn that, especially if he wanted to have something with Mel.

I’m curious to see where this series goes from here.

This is definitely a book that fantasy and romance lovers could fall in love with.