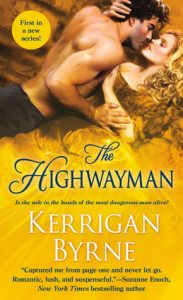 What’s the story – from Goodreads:

They’re rebels, scoundrels, and blackguards—dark, dashing men on the wrong side of the law. But for the women who love them, a hint of danger only makes the heart beat faster…

STEALING BEAUTY
Dorian Blackwell, the Blackheart of Ben More, is a ruthless villain. Scarred and hard-hearted, Dorian is one of London’s wealthiest, most influential men who will stop at nothing to wreak vengeance on those who’ve wronged him…and will fight to the death to seize what he wants. The lovely, still innocent widow Farah Leigh Mackenzie is no exception—and soon Dorian whisks the beautiful lass away to his sanctuary in the wild Highlands…

COURTING DESIRE
But Farah is no one’s puppet. She possesses a powerful secret—one that threatens her very life. When being held captive by Dorian proves to be the only way to keep Farah safe from those who would see her dead, Dorian makes Farah a scandalous proposition: marry him for protection in exchange for using her secret to help him exact revenge on his enemies. But what the Blackheart of Ben More never could have imagined is that Farah has terms of her own, igniting a tempestuous desire that consumes them both. Could it be that the woman he captured is the only one who can touch the black heart he’d long thought dead?

Favorite Words: “Of course it’s all-consuming, but love – real love – doesn’t destroy or smother. It’s the very opposite of weakness. Love strengthens. It liberates. It molds itself to every fiber of your being and fortifies you where you may be broken. It is as necessary to the body and soul as food or water. It couldn’t repulse me. I can only be humbled and awestruck by the most precious gift of your love.”

This book was everything I needed in a historical romance. There was plenty of plot and character development. I fell in love with Dorian Blackwell even though he could be a bit of an ass sometimes. The urge to kiss him one minute and slap him in another was strong.

I found myself getting lost in the story and not wanting to emerge. There was a lot of heart in this book. I think sometimes it is so easy to get lost in the sex (there are some hot scenes in this one) that we forget that a deep relationship is what drives a good romance.

The Highwayman in my opinion falls into a true beautiful romance worth reading. It has a tragic childhood romance that blossoms into so much more.