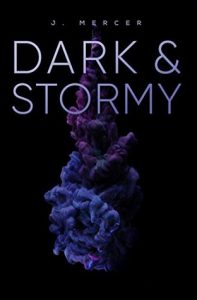 Faryn Miller wants to build a new life in a small town. It’s her last chance to figure out, of all the roles she’s played in her thirty-some years, which one truly fits. Her aim at simplicity sounds like the perfect medicine until she meets Kai Allen, who’s spent his life doing everything the hard way and never bending for anyone. Lucky for Kai, Faryn has no preconceived notions about what he’s done and who he is, unlike the rest of town.

When cryptic messages start sneaking their way into Faryn’s apartment, then blatant threats, the two of them compile a long list of who could be stalking her. Unable to keep his frustration and rage hidden any longer, Kai explodes on everyone in his path, and Faryn can’t help but wonder if the storm is closer than she thinks.

Favorite Words: “To a certain ray of womanshine.”

I don’t even know how to really put into words how I feel about this book. I know for me after finishing it there was anger. The ending wasn’t what I was expecting and it left me feeling a bit raw inside.

There wasn’t enough character development or enough story provided about the characters to make me fall in love with them. Faryn and Kai were two people who fell in love blindly. Neither of them knew enough about the other but let their natural chemistry put them into a serious relationship.

They needed time to develop and become something more. I wanted to better understand them. It just wasn’t meant to be.

This book will leave you feeling all kinds of things. I just don’t know if I can love it.

2 Replies to “Book Review: Dark and Stormy by J. Mercer”