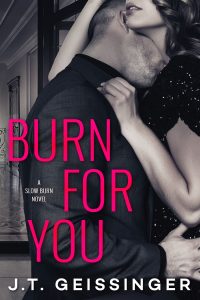 The marriage is fake. But for a sassy chef and an arrogant billionaire, the sparks are real… Jackson “The Beast” Boudreaux is rich, gorgeous, and unbelievably rude to the staff at Chef Bianca Hardwick’s New Orleans restaurant. Bianca would sooner douse herself in hot sauce than cook for Jackson again, but when he asks her to cater his fund-raiser, Bianca can’t refuse, knowing the cash will help pay her mother’s medical bills. Then Jackson makes another outrageous request: Marry me. The unconventional offer includes an enormous sum—money Bianca desperately needs, even if it does come with a contract—and a stunning ring.

The heir to a family bourbon dynasty, Jackson knows the rumors swirling around him. The truth is even darker. Still, he needs a wife to secure his inheritance, and free-spirited, sassy Bianca would play the part beautifully. Soon, though, their simple business deal evolves into an emotional intimacy he’s built walls to avoid.

As the passion heats up between them, Bianca and Jackson struggle to define which feelings are real and which are for show. Is falling for your fake fiancé the best happy ending…or a recipe for disaster?

Favorite Words: “Love isn’t butterflies, boo. It isn’t weak knees. It’s a pride of lions. It’s a pack of wolves. It’s ‘I’ve got your back even if it costs me my own life,’ because unlike romance that fizzles at the first sign of trouble, love will fight to the death. When it’s love, you’ll go to war to avenge even the slightest offense. And you’ll be justified.”

I loved this book! It was funny with plenty of Southern charm. It was emotional with the mother/daughter love and with the stories of both Jackson and Bianca. I was definitely invested in their falling in love. An added bonus was all the recipes that were added to certain chapters that described the food that was being served. It was a nice touch, seeing as Bianca is a chef. I’m actually thinking about trying some of the recipes because I am a huge fan of southern food, especially from New Orleans. This book is a winner and definitely one I would recommend to someone looking for a fun, fast read.