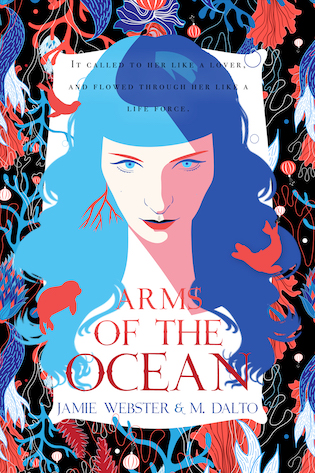 Nineteen-year-old Tristaine lived a life of bitterness. When her mother abandoned her family, and her father began drinking, Tris discovered the only thing that truly brought her happiness: the sea.

It called to her like a lover and flowed through her like a life force. When her only peace is threatened to be taken away, Tris realizes there is nothing she wouldn’t do to remain with the ocean.

Even if it means taking her own life to do so.

But the sea isn’t done with her -not yet- and Tris soon finds herself submerged in a world where love, betrayal, and honor stand stronger than any other force of nature. 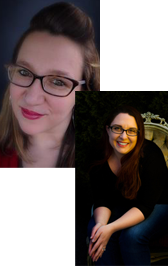 Jamie Webster is an Adult Fantasy writer who recalls writing stories as early as ten. She first began writing fanfiction, though she typically created an original character to follow. In high school, she began to create her own fantasy worlds and roleplayed on Yahoo Groups and AIM. In her adult years, she has completed four books as well as written for several publications including a blog, Trials and Tribulations, for her local newspaper as well as articles on writing and book reviews for Fantasy-Faction.

Jamie received her B.A. in English with a focus in Creative Writing from UMaine and an MFA in Creative Writing from Full Sail University. She does most of her drafting during NaNoWriMo and fancies herself as the hybrid plantser. Her passion is reading, writing, crocheting and playing video games. She currently lives in Maine with her three children, Corgi, Mini Aussie, and a plethora of other animals that she’d rather not admit to.

M. Dalto is a bestselling New Adult author of adventurous romantic fantasy stories, having won a Watty award for excellence in digital storytelling for her debut novel, Two Thousand Years, in 2016. She spends her days as a full-time residential real estate paralegal, using her evenings to pursue her literary agenda, and when she’s not writing, she enjoys reading fantasy novels, playing video games, and drinking coffee. She currently lives in Massachusetts with her husband, their daughter, and their corgi named Loki.

**TRIGGER WARNING: This book includes sexual assault, rape, physical abuse, emotional abuse, alcohol abuse , and probably some that I am forgetting. Just be warned if you are sensitive to any of these things, please take them into consideration between reading this book.**

Selkie and mermaid legends have always been my favorite things to read. I love a good story about being under the sea and if it’s a romance even better. I will say that I really enjoyed the story in this one. I was transported to the underwater city and was dazzled by how everything was described.

This book was heavy in some spots. There is a lot of trauma that comes along with Tris and Imriel’s own personal stories. There is violence and grief. I did find myself taking breaks here and there to gather myself. However, through the darkness you see their emotions for one another develop. It does seem to escalate quickly, we have a little bit of insta-feelings brewing, but nothing too extreme. I will also mention that the steamy scenes in this book were a lot more steamy than I could have imagined. I wasn’t expecting them to be so BAM, BAM!

This all being said, sometimes I felt like there was a bit of a race to the finish with this book. There were a lot of loose ends, that although they were taken care of, felt rushed. It was satisfying but felt a little overwhelming to read.

Also, I want to take a moment to gush about my love for Loch. He needs his own book, that’s all I am going to say. HE NEEDS HIS OWN BOOK.

One Reply to “Book Review: Arms of the Ocean by Jamie Webster and M. Dalto”