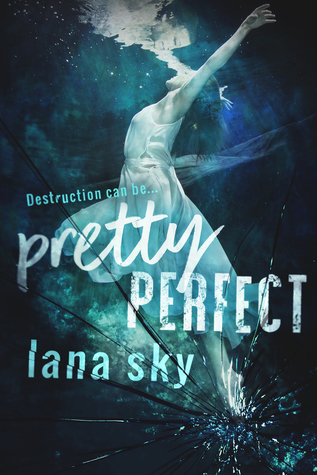 Perfection. It is an illusion that twenty-year-old Anya DeSotto strives to maintain.

Everyone else seems fooled by the charade—but Anya isn’t prepared for the moment her perfect mask is cracked in half by someone much more adept at the art of pretending.

Nearly two decades her senior, Revend Marcus, the owner of a prestigious international ballet company, has no problem with breaking Anya down to suit his own twisted idea of perfection. But when a shadow from Revend’s past looms over their futures, and Anya’s insecurities push their relationship to a violent crescendo, the resulting chaos threatens to destroy them both.

Though, sometimes, even destruction can be pretty perfect.

On sale for 99¢ for a limited time only!

When I finally left the bathroom and entered the larger rehearsal room, his real voice berated me from the center of it. “About time. Warm up.”

A chandelier hanging from the ceiling was already lit, flooding the room with orange light—as well as illuminating several distinct fixtures. He owned his own piano, tucked into the corner. There was also a metal dance barre, about six feet long, placed near the wall before me. Behind it was an even longer mirror stretching nearly all the way up to the ceiling. My reflection mocked me from it, wearing a sheer skirt that hung crookedly around my waist.

Revend frowned at the sight, though who could blame him? How in the hell was he supposed to transform this robot into a real girl?

“Warm up,” he barked, gesturing to the barre.

He never gave me any direction, so I began my usual exercises, focusing on each core muscle group one at a time. Legs. Arms. Back.

The mirror threw his reactions in my face, making them impossible to ignore. The frown when I lifted one leg over the barre. The way it grew more pronounced when I started to work on the second. How, with every plié, his narrowed gaze scanned my face for emotion.

I wasn’t brave enough to mention that I had never stopped. When I glanced over my shoulder, I found that his real expression wasn’t any warmer than the reflection.

“We will do the pas de deux from the balcony scene in Romeo and Juliet,” he said. “I will only rehearse the partner work minus the lifts, but you need to know the full routine.”

The full routine. One that just so happened to include an infamous kiss at the end. Sizing Revend up, I couldn’t tell if he planned on rehearsing that part too.

“Why?” His eyes narrowed into slits. “Did you even read the instructions for the next round of auditions?”

I bit my lip rather than admitting my lack of preparation out loud. Two weeks. Only then did it sink in just how little time that was to prepare.

“Get into the starting position.”

I stiffened as Revend appeared behind me. Before I could react, his hand captured my waist.

What was that saying? Third time’s the charm. It fit there almost, considering that I had danced the role of Juliet only twice before in my junior year of a performance arts academy in the city. I had been an understudy at first, only to be thrust into the lead role when the principal dancer got sick off bad sushi. The reviews in the community newspaper read something along the lines of, Beautiful production but stiff female lead—an opinion Revend seemed to second.

“Don’t tense,” he hissed. His hands went to my shoulders, correcting my posture with precise nudges. “You’re stifling your own motion.”

Dance. I used the command as an excuse to move away from him, but I could never escape my own reflection. The woman performing a series of light steps alongside me was no Juliet. Maybe just a jilted member of the corps shoved onto the very back of the stage as a nameless extra: servant number one.

“Stop!” Revend snarled halfway through the variation. Tearing a hand through his hair, he retreated to the other end of the room.

For the first time, I realized he didn’t have his cane. It leaned against the chair in the corner.

“You’re a young girl,” he bellowed, his voice reverberating through the walls. “You’re in love. Passionate. Show me.”

How did people show passion outside of forced luncheons and silent dinners? Maybe this damn ballet held the answer; the act began with Juliet rushing excitedly to meet her Romeo. One count passed. Then another as I hesitated on the balls of my feet.

“You’re thinking like a child and not a dancer,” Revend scolded as if reading my mind. “All that matters is maintaining the illusion. Make me believe it!”

I launched into the steps without giving myself the chance to believe in anything—to regret having shown up at this lesson. I was Juliet, prancing across marble to meet the man she’d admired from afar. Juliet, rising on pointe to pirouette in her lover’s arms…

And I was Anya in the arms of Revend Marcus, who seized my waist mid-spin and marshaled me over to the mirror.

“Look! Watch your face,” he hissed against my ear. “Your heart is racing. Your body is tense. But what do you see?”

Negative traits stood out in stark contrast, impossible to overlook. I only saw someone in over her head, dressed in a pretty uniform that highlighted the blank, unnatural expression on her face.

“Forget the dance.” He captured my head with his hands, raking his fingers through that perfect bun at the nape of my neck. “Only feel.” His thumb brushed the corner of my mouth as if to give me a sensation to study.

When I flinched, the nail grazed my lip. My chin. Lower…

“Ignore the source. Focus on the feeling and take what you need from it to create your own illusion.”

Maybe for him to stop touching me. My own family didn’t touch me. They looked. They watched. Monitored. Pitied. Hugs were for real girls; robots simply needed daily programming. The firmer Revend’s fingers dug into my hip, the more my insides twisted, struggling to register every sensation. Too warm. Too hard. Everywhere.

“No.” He muscled in even closer. My back struck his chest, his right thigh caging my hip. “Ignore everything but what you need to craft your illusion.”

Easier said than done. Only his tone kept my heart from racing. He sounded cold, like a professor attempting to show an ignorant student the folly of her ways. Even the way he touched me held purpose. His nearness forced my spine to lengthen. His hands urged my feet to turn out further, my toes perfectly pointed.

“Become Juliet,” he grunted before standing back. “Move.”

I raised my arms and turned out my left foot. I’m Juliet. I’m…

“Dead!” Revend hissed. “You’re already dead before an ounce of poison even touches your lips.”

Staring into the empty, blue eyes watching me from the mirror’s surface, I had to agree with him. I didn’t even recognize the woman he was taunting. Why did she seem so damn cold?

“Begin again,” Revend snapped, but I lifted my arms only for him to swat them down. “Try again. Move. Feel, Anya.”

He made it sound so damn easy. Feel. But how could I with no lines to recite? No fake smile to wear for show? No daddies to lie to or mommies to placate? 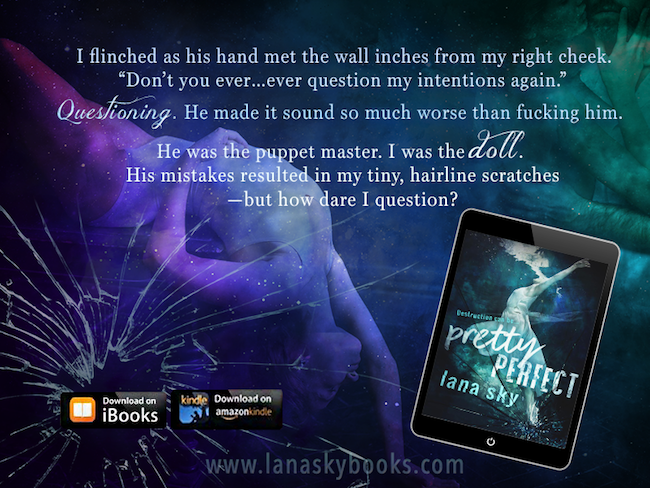 Lana Sky is a reclusive writer in the United States who spends most of her time daydreaming about complex male characters and legless cats. She writes mostly paranormal romance, in between watching reruns of Ab Fab and drinking iced tea. Only iced tea.

Drain Me is her debut novel and the first novel in the upcoming “Ellie Gray Chronicles.”