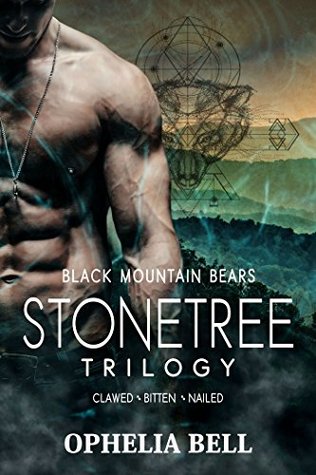 Gaia save the Queen…

Emma Stonetree’s father is missing. Worse yet, her uncle’s gone too, leaving her and her two cousins, Jasper and Jade, floundering for an explanation.

All Emma can think of are their fathers’ stories—tall tales of magic, mystery, and a whole host of shifter races. Stories she might not have believed, if not for her own research into the matter—research that hardly prepares her for the trials of magic she and her cousins will endure as they set off that Midwinter’s night to discover their roots.

Nor does it prepare the three for what they find on the other side of the mystical portal their fathers disappeared into: the ursa, a fertility-focused race of bear shifters, with customs that defy their human sensibilities. Except the trio swiftly learn they aren’t really human either, and once inside the ursa Sanctuary, they are just as bound by ursa laws as the earth is bound by the seasons.

Emma and her cousins must make a choice: accept their legacies as ursa royalty, accept the love they find inside the sanctuary, or reject their passions and retreat to their safe, mundane lives, never to return to the realm they were meant to inherit.

“In the Sanctuary, Princess,” Green-Eyes said.

She sat up, scrubbing her hands over her face, then raked her fingers through her tangled hair. A warm breeze blew through, tickling across her skin, the sensation way too pleasant and intimate. She shivered, glancing down her body and realizing she wasn’t wearing a stitch of clothing. Her stomach lurched, her entire body growing intensely warm at the realization she was buck naked. She immediately clutched her knees to her chest and looked wildly around.

“Where the fuck are my clothes?”

Brown-Eyes chuckled. “You left quite the trail of breadcrumbs. It was fun watching the striptease you gave us on the way in.” He let out a pleased sigh. “Gorgeous, really.”

Emma stared at him, shocked at the appraising look he gave her and uncertain whether she should be offended or flattered. At least until she gave him a once-over and realized he was just as au naturel as she was. She raised an eyebrow, then turned to look at her other new companion. Yep. Green-Eyes was as bare as a newborn. He was also definitely all hard-bodied man and not the least bit shy about it.

Seeing his naked body made her forget about her own. How in the world could a man so perfect actually exist? So perfectly messy, really. His brown hair was short, but a little shaggy, sticking out in all directions like he’d worried it over and over. He was well-muscled without being bulky, with a long, lean torso, his chest covered in a luxuriant layer of hair. Just enough to make her want to run her fingers down his chest and stomach, but not so thick that she’d think of him as actually furry. The hair tapered past his navel, the natural growth a kind of arrow pointing southward, and her eyes followed.

A throat cleared, but Emma found it difficult to tear her eyes away from the slumbering beast that was nestled between the man’s legs. Jesus, he wasn’t even hard and he was that big? 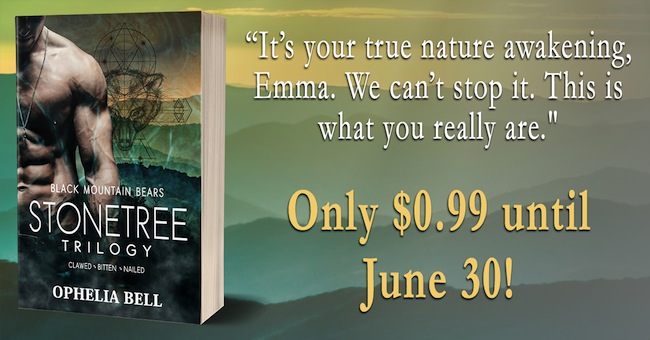 Ophelia Bell loves a good bad-boy and especially strong women in her stories. Women who aren’t apologetic about enjoying sex and bad boys who don’t mind being with a woman who’s in charge, at least on the surface, because pretty much anything goes in the bedroom.

Ophelia grew up on a rural farm in North Carolina and now lives in Los Angeles with her own tattooed bad-boy husband and four attention-whoring cats.